Actress-turned-singer, Emelia Brobbey has defended her decision to go into music, declaring it as a desire that cannot be “stopped.”

Responding to panellist Ola Michael on Ekwanso Dwodwo, Okay FM’s drive show on Friday, January 31, Brobbey stressed: “you can’t stop somebody with a passion. That’s what I think sometimes you guys should get, accept, and leave us to do what we want to do.”

“Fa Me Ko,” Brobbey’s saxophone-induced highlife debut was released to widespread criticism, with many issuing derisive comments about her vocal aptitudes. A month later, having impressively braved the backlash, she returned with another song, on which she invites Wendy Shay. That record is titled “Odo Electric.”

Answering host Abeiku Santana’s query about how she took the cyberbullying in her stride that attended her debut, the self-styled entertainer explained that she initially didn’t know what to make of the social media outcry, seeing as she’s absent from Twitter, till someone explained trolling culture to her. She admitted to being disheartened by how far some of the comments went when she came upon screenshots of them, and yet promptly resolved to remain unruffled, rather focussing on her passion.

On the show, she disclosed that a remix of “Fa Me Ko,” featuring Prince Bright, as well as another tune with Kuami Eugene are due for release in coming weeks.

Also compere of the Emeila’s Hour talk show on YouTube, Brobbey is recipient of multiple laurels including Best Indigenous Actress of the Year, and Best Ghallywood Actress.

How Far You Go Depends On Your Attitude 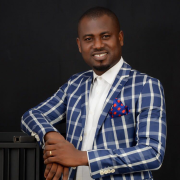 As we draw down the curtains today on World Radio Day, I would ...

The Vodafone Ghana Music Awards is without argument the most prestigious music awards ...

The music industry in Ghana just like any human institution can boast of ...

Click to watch video of the Argument between Krymi, Mr. Drew and Kurl ...

Video – Kidi Clears The Air About His “Beef” With Mzvee